To share your memory on the wall of Fred Freeman, sign in using one of the following options:

The gesture that can change the world

A receipt has been emailed to the address provided. A receipt may also be printed.

The gesture that can change the world

Fred was born in Iroquois Falls, Ontario. The Freeman family moved to Brantford in 1942 where Fred completed his high school education at Brantford Collegiate Institute. He worked at several industries in Brantford prior to moving to St. Catharines and joining Ontario Hydro in 1949. Betty and Fred were married in 1951 and created 68 years of wonderful memories. They recently moved to Oxford Gardens. Fred is predeceased by his father John “Barney” (1967) and mother Lottie (2002). Sister Kathy (Roy) lives in Saskatchewan and Brother Irving (Nancy) lives in Kingston. Fred is uncle to several nieces and nephews. Fred and Betty have three children. Bill (Gail) live in Orillia, Jim (Donna) live in Woodstock, and Diane (Peter) live in Waterloo. Fred and Betty are very proud of their three children, 12 Grandchildren and 16 Great Grandchildren.
Fred became a technical teacher in 1962 and taught in Sarnia then Woodstock for over 15 years. In 1975, a lifelong ambition was realized when Fred founded a wholesale company called Rentquip Supply Limited, which supplied Canadian rental stores with new equipment. In 1990, Jim acquired the business where he stewarded its continued success.
A lifelong interest in Canadian coins induced Fred to become active in the field of “numismatics”. He developed a 100-page course for young Canadians, entitled Canadian Coins 101. The Canadian and Ontario Numismatic Associations financed these courses, and presented him with numerous awards in recognition of his pioneering efforts to interest Canadian youth in the fascinating world of coin collecting. Awards included his induction as a Fellow in the Royal Canadian Numismatic Association in 2008. He was very active in the local Woodstock Coin Club and served as President, and bulletin editor.
His other activities included Lions club of Woodstock (26 years); member, treasurer, and President of the local PROBUS club; member, and President of the Oxford Historical Society; and volunteer at Woodstock General Hospital. Fred and Betty are members of St. David’s United Church. In recognition of his contributions to the betterment of Woodstock and Oxford County, Dad received a Queen Elizabeth II Diamond Jubilee medal.
A prolific freelance writer, Fred contributed articles to a variety of publications including the local newspaper, Canadian Coin News and South Gate Centre.
Fred loved Woodstock and always said it was the friendliest place to live of all of the places he and Betty resided. In fact, Fred felt so strongly that Woodstock was such a friendly City that as President of the Oxford Historical Society, he requested the 2001 City of Woodstock Council to rebrand the City from “The Industrial City to “The Friendly City” in honour of the 100th Anniversary of the Municipality. Council approved the change and rebranded the City.
As requested, by Fred, there will be no public visitation or funeral service. Fred requested his body bequeathed for the advancement of medical science. In lieu of flowers, donations to South Gate Centre or Woodstock General Hospital can be made.
Arrangements have been entrusted to the compassionate care of Smith-LeRoy Funeral Home, 69 Wellington Street North, Woodstock, ON. N4S 6P7. 517-537-3611. Condolences may be sent at www.smithleroy.com.
Read Less

Receive notifications about information and event scheduling for Fred

You will receive any future notification messages.

There are no events scheduled. You can still show your support by sending flowers directly to the family, or planting a memorial tree in memory of Fred Albert Freeman.
Plant a Tree

We encourage you to share your most beloved memories of Fred here, so that the family and other loved ones can always see it. You can upload cherished photographs, or share your favorite stories, and can even comment on those shared by others.

Plant a Tree in Memory of Fred
Plant a tree 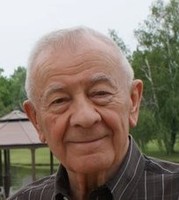 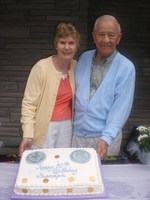 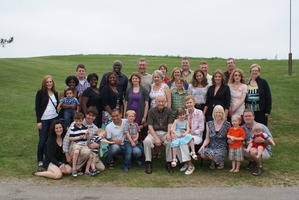