To share your memory on the wall of Howard Harvey, sign in using one of the following options:

Learn the benefits of ordering with us

Learn the benefits of ordering with us

Howard Harvey beloved husband of Lily Harvey (nee Smallcombe) of Woodstock, Ontario, passed away on Thursday, October 3, 2019 at the age of 80.
Howard is greatly missed by his family and many friends. He is survived by his loving wife of fifty-eight years, Lily; his sons, Rob (Heather) and Mark (Lori) and daughter, Linda (Jason). Howard was a much-loved grandfather to Michael, Megan, Kate (Michael), Robbie, Jenna, Jeremy, and Julien. Howard was thrilled to be the Great-Grandpa of Blair. He was recently predeceased by his brother, Don (Margaret) and was a proud Uncle to Brent (Johanna), Colleen (Jan) and Karen, all of Calgary, AB. He was predeceased by his parents, Anne and Leonard Harvey.
Howard was born in Verdun, Quebec, and always recounted great stories of growing up on Osborne Avenue. In 1967, Howard and Lily moved to Chateauguay with their boys; Linda came along a few years later. Howard transferred to Toronto in 1984 and after retiring moved to Lynde Creek Village in Whitby where they established another community of friends. In 2017, they relocated to Woodstock to be close to family. Winter months for several years were thoroughly enjoyed in Davenport, Florida with yet another group of special friends.
Besides his family, and a love of sports, the hallmark of Howard’s life was service: coaching baseball, softball and hockey; a longtime member of the Kinsmen Club and K-40; the Treasurer for many years at Maplewood Presbyterian Church in Chateauguay; Home Owners Council of Lynn Creek; volunteer at the Whitby/St. Andrew’s Church Foodbank; and, volunteer for the Cystic Fibrosis Foundation. He will be remembered for his honesty, integrity, and his willingness to get involved.
Howard was proud to be a Chartered Accountant and thoroughly enjoyed a 33-year career at Petrofina/PetroCanada. Many colleagues remained friends and stayed in touch throughout the years.
You are now at peace and leave us filled with a lifetime of wonderful memories.
The family would like to thank Anne King and her staff at Chartwell Oxford Gardens for the special care and attention that Howard received, allowing him to remain at home throughout his illness. Howard thoroughly enjoyed interacting with the staff and residents at Chartwell. Their kindness and friendship helped make Woodstock Howard and Lily’s new home.
A Celebration of Howard's Life will be held at SMITH-LeROY FUNERAL HOME, 69 Wellington Street, North, Woodstock, ON (519-537-3611) on Friday, November 8th, 2019 at 11:00 AM. Condolences may be forwarded through www.smithleroy.com. Memorial tributes may be made directly to the Cystic Fibrosis Canada or to a charity of your choice.
Read Less

To send flowers to the family or plant a tree in memory of Howard Harvey, please visit our Heartfelt Sympathies Store.

Receive notifications about information and event scheduling for Howard Harvey

You will receive any future notification messages.

Provide comfort for the family with a meaningful gesture of sympathy.

Show you care by sending Flowers

We encourage you to share your most beloved memories of Howard Harvey here, so that the family and other loved ones can always see it. You can upload cherished photographs, or share your favorite stories, and can even comment on those shared by others.

Pam, John, and Michael Greaney and Ameer & Sally Ramsundar sent flowers to the family of Howard Harvey.
Show you care by sending flowers

Posted Nov 06, 2019 at 11:36am
We are so sorry for your loss. We are thinking of all of you and reminiscing of the many humorous stories Howard shared with us over the years.

Flowers were purchased for the family of Howard Harvey. Send Flowers

Posted Nov 04, 2019 at 03:51pm
With deepest sympathy to your family, we will miss you, Howard. With joy, we shared grandchildrenwith you and Lily. May you Rest In Peace

Pam, John, and Michael Greaney purchased flowers and planted a memorial tree for the family of Howard Harvey. Send Flowers

Posted Oct 21, 2019 at 09:53am
Please accept our most heartfelt sympathies for your loss... Our thoughts are with you and your family during this difficult time. 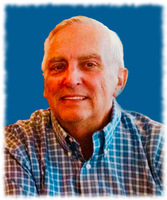